On Saturday, I really enjoyed participating in an event called “Bike Though Time in Historic Hillsborough (N.C.)”. Thank you to historian Ernest Dollar and the Orange County Historical Museum for organizing this. It was so interesting!

We learned about the town’s rich history from Dollar, an engaging storyteller. He is the director of the City of Raleigh Museum, and a former director of the Orange County Historical Museum.

After a brief orientation, we started on our bikes on Tryon Street by the museum and rode to several places of interest around the historic downtown. From learning about early Native Americans and their trading path, to colonial British rule, to notable figures from the Revolutionary War and Civil War, it was a fascinating ride back in time! 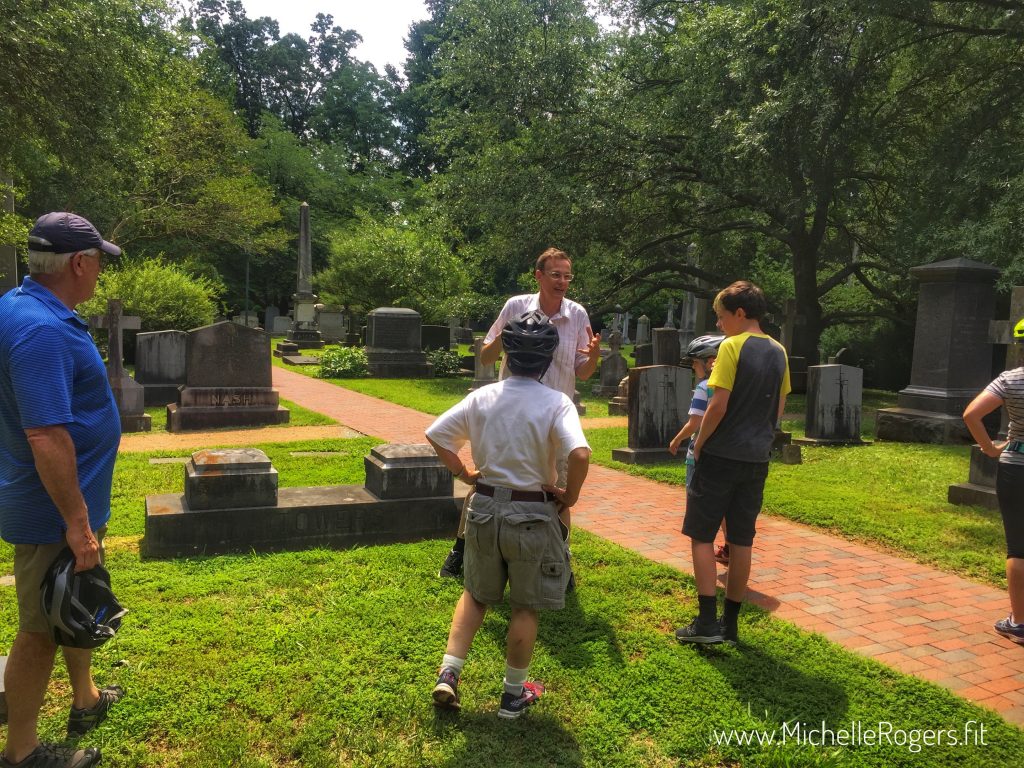 Our first stop was the cemetery at St. Matthew’s Episcopal Church on St. Mary’s Road. Dollar led us to the grave marker of Willie Hardee, who died at 17 in the Civil War, and shared a little about his short life and how he came to be a soldier. 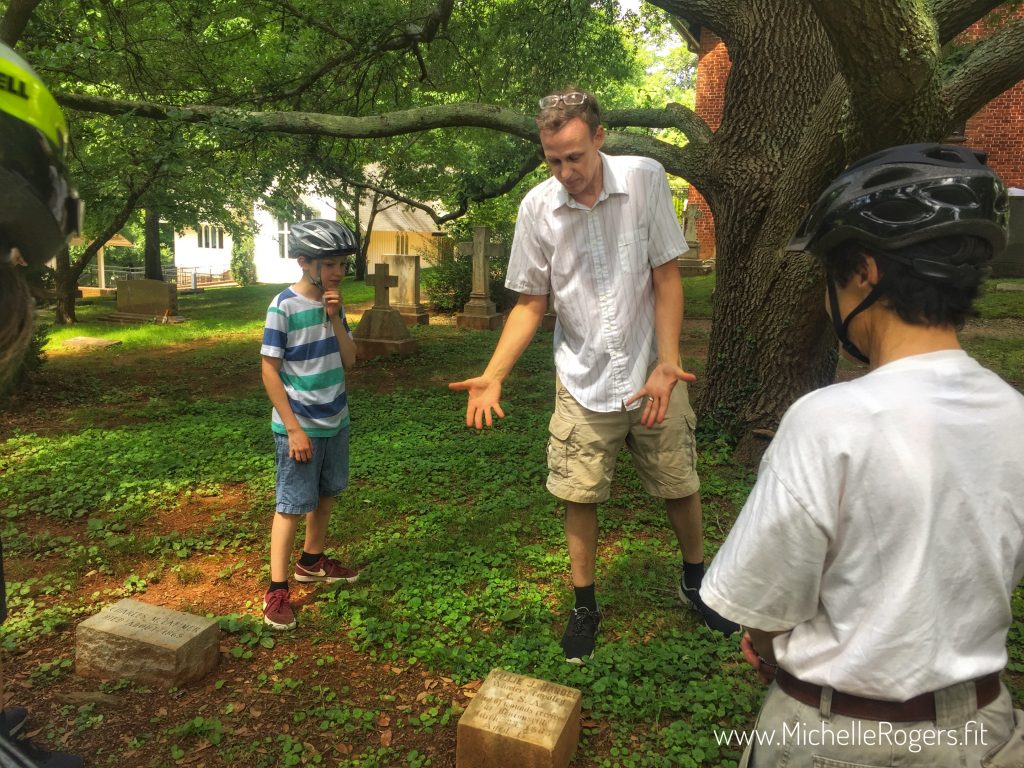 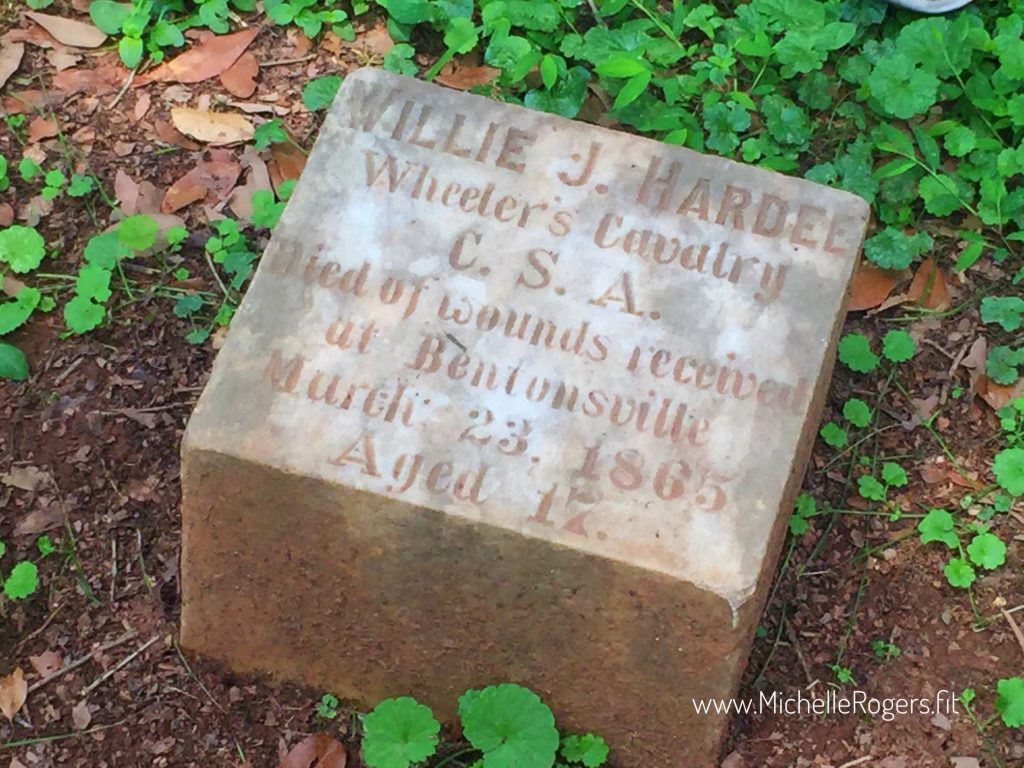 Next we rode over to an area behind the current board of education building. It is the location where “The Regulators” were hanged in 1771. They were a group of North Carolinians who protested unfair taxation and corruption by the colonial rulers. This was one of the events leading up to the Revolutionary War. 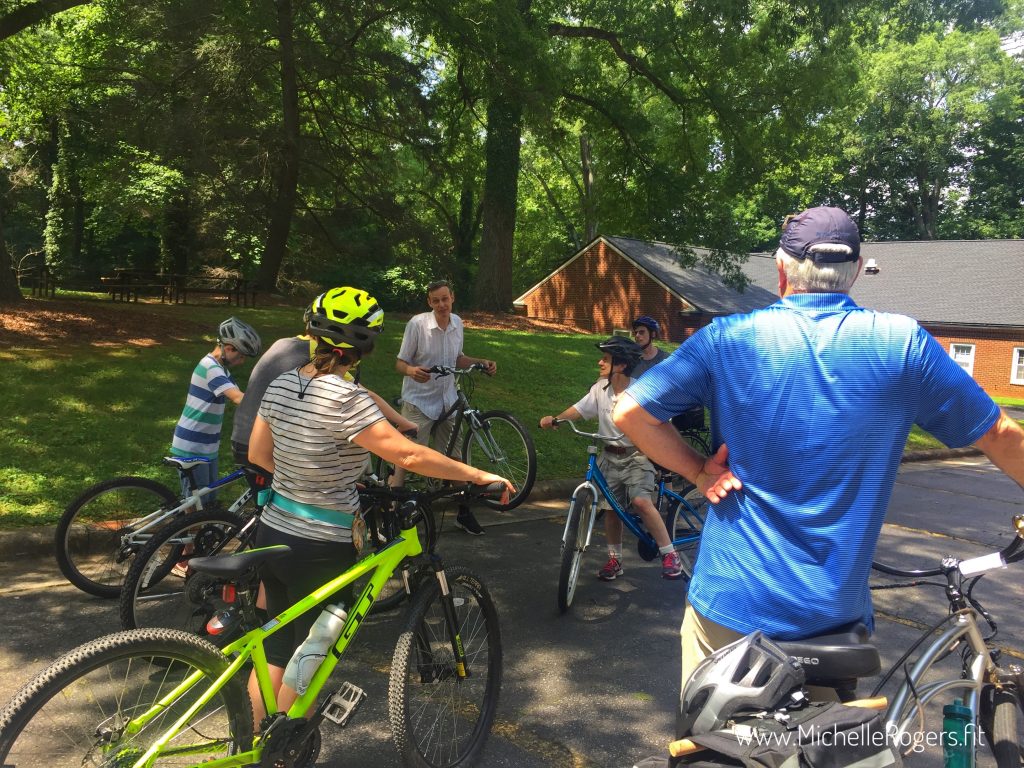 From there we scooted down Cameron Street and entered the Riverwalk access. We rode along a short part of it to a field that was a site of a former Occoneechee Indian village and trading path. 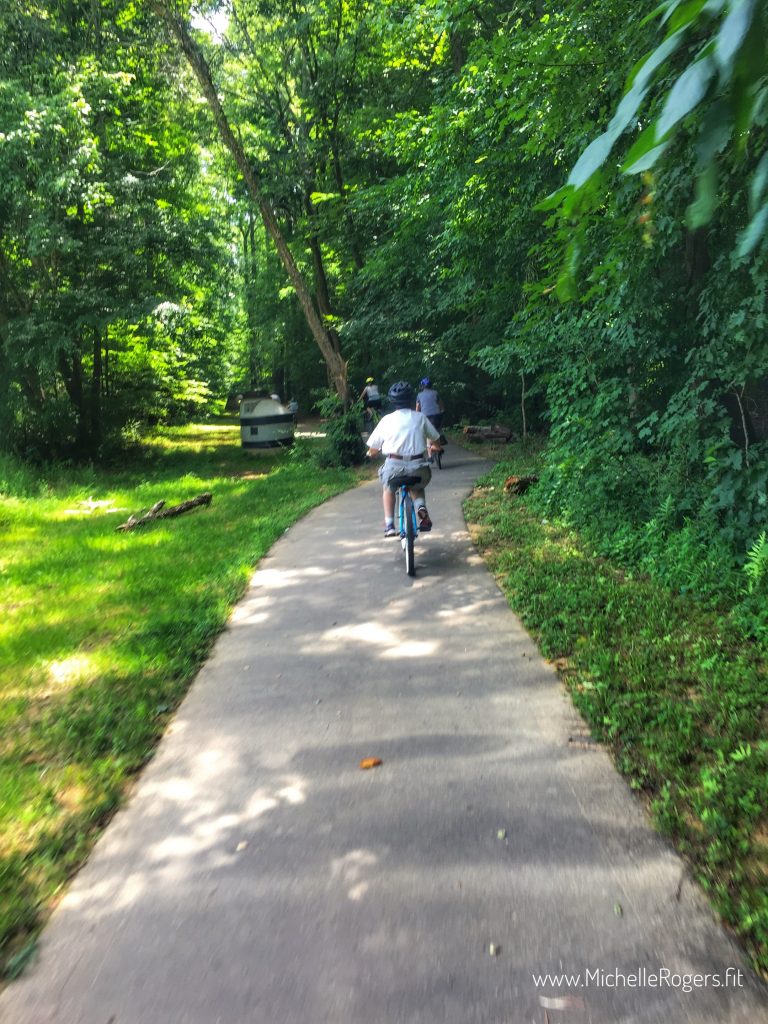 In this area, many artifacts and bones have been found. The Occoneechee Indians were gone by the early 1700s. Archeological digs are still being done by UNC students. 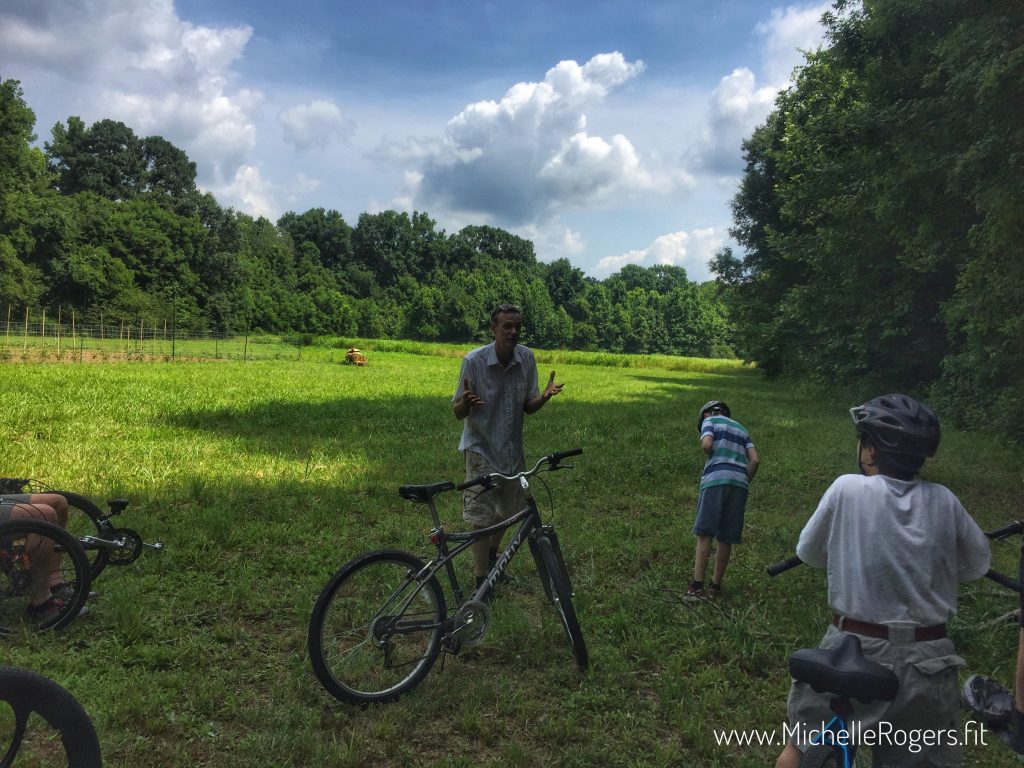 Tom Magnuson of the Trading Path Association, who did the tour on a recumbent bike, had a lot of great info to share about the area’s Native American history. You can learn more on his blog and the association’s Facebook page. 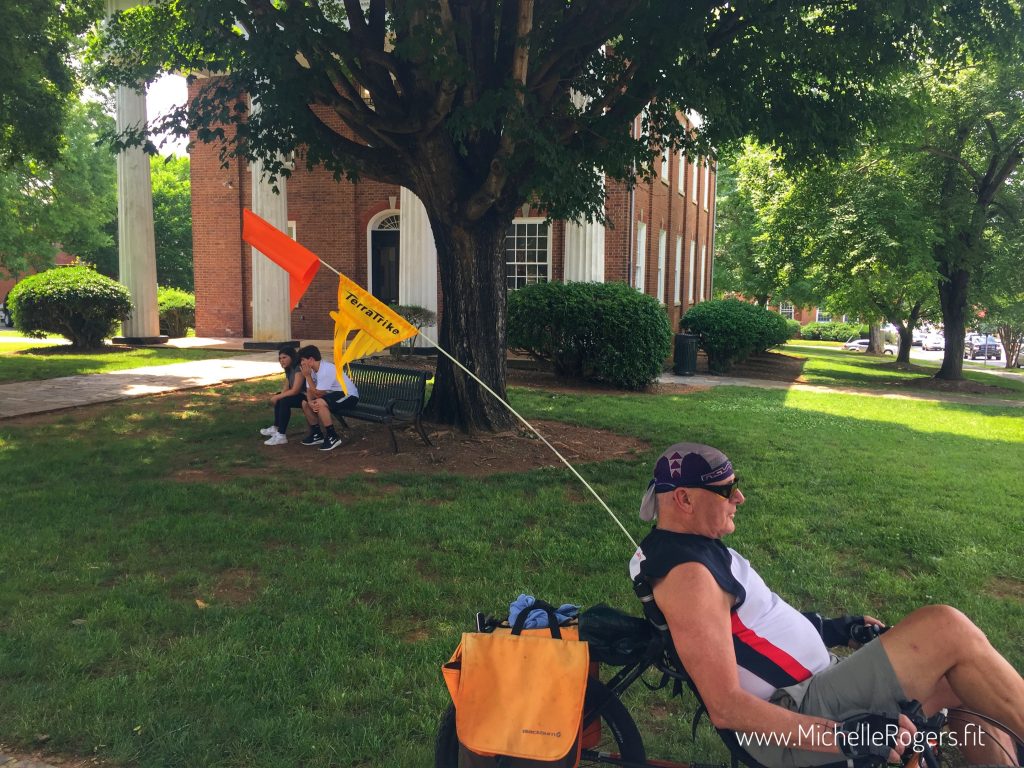 Then we went over to the courthouse, where Dollar points out a sign made in 1913 of metal from the USS Maine, of the Spanish American war. It’s one of 50 monuments made by the artist following Daniel Boone’s trail. 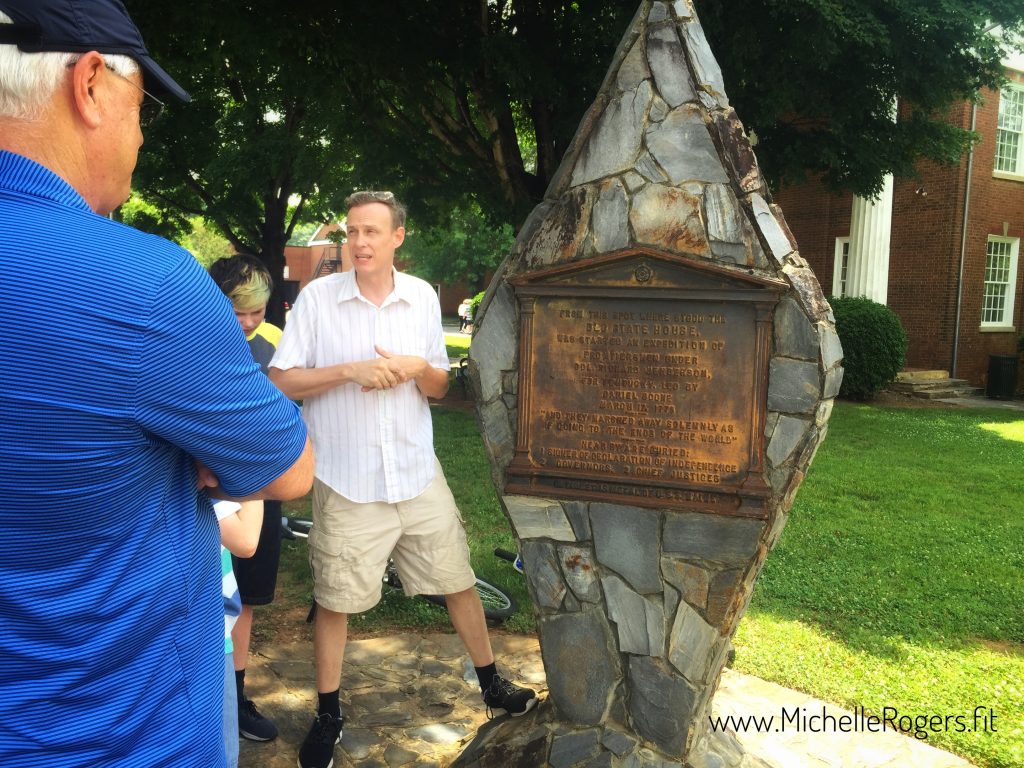 Next we took a nice ride over to the Twin Chimneys home at 168 W. King Street. Archibald deBow Murphey lived there. He was a state senator, and advocate for transportation and education. He was known as the “Father of Education” in the state and has a building at UNC named after him. But he wasn’t good with money, and got himself into financial trouble. He died in 1832 of unknown causes. There is graffiti that says “liberty or die” in the attic, of unknown origin. 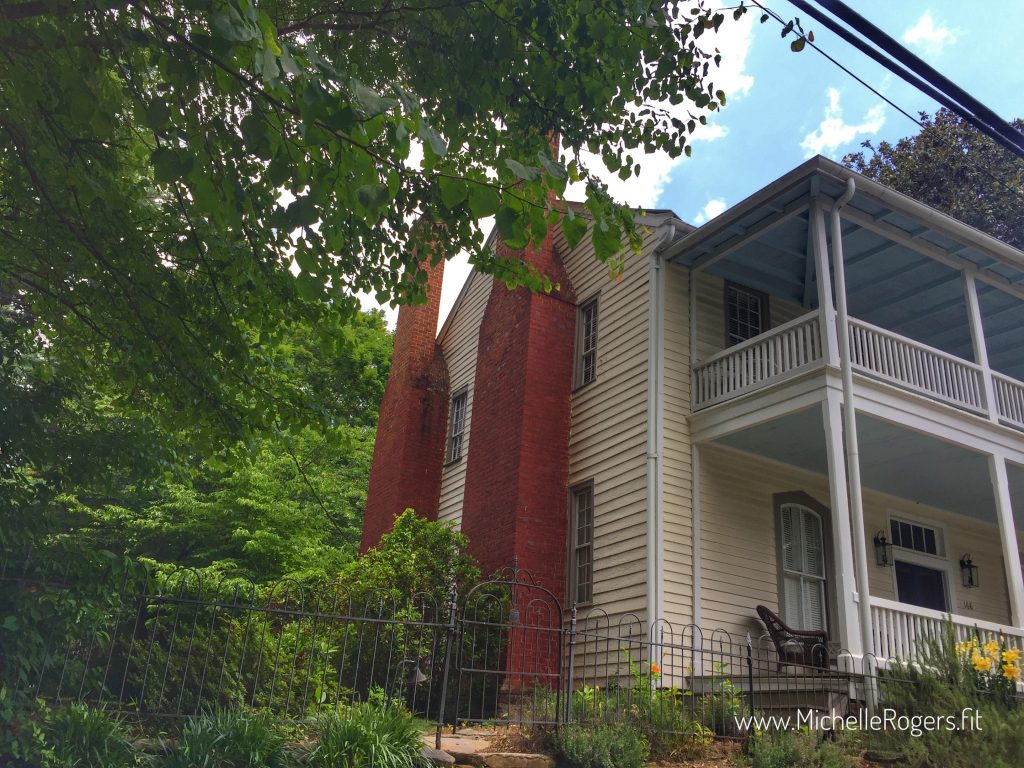 Next we headed over to the Old Town Cemetery, est. 1760. It’s located by Hillsborough Presbyterian Church, on Tryon Street. 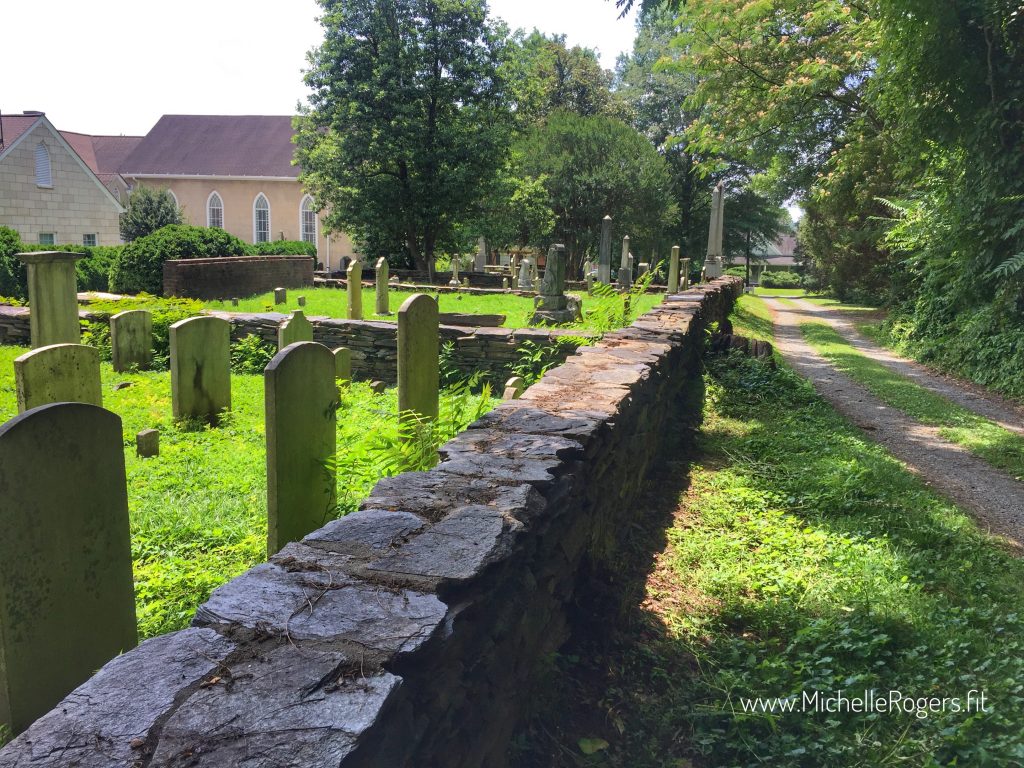 Here lies William Hooper, signer of the Declaration of Independence. Parts of him were removed to Greensboro to a war burial site, but it was asked that he be brought back. They’re not sure if all of him ever was returned or not. 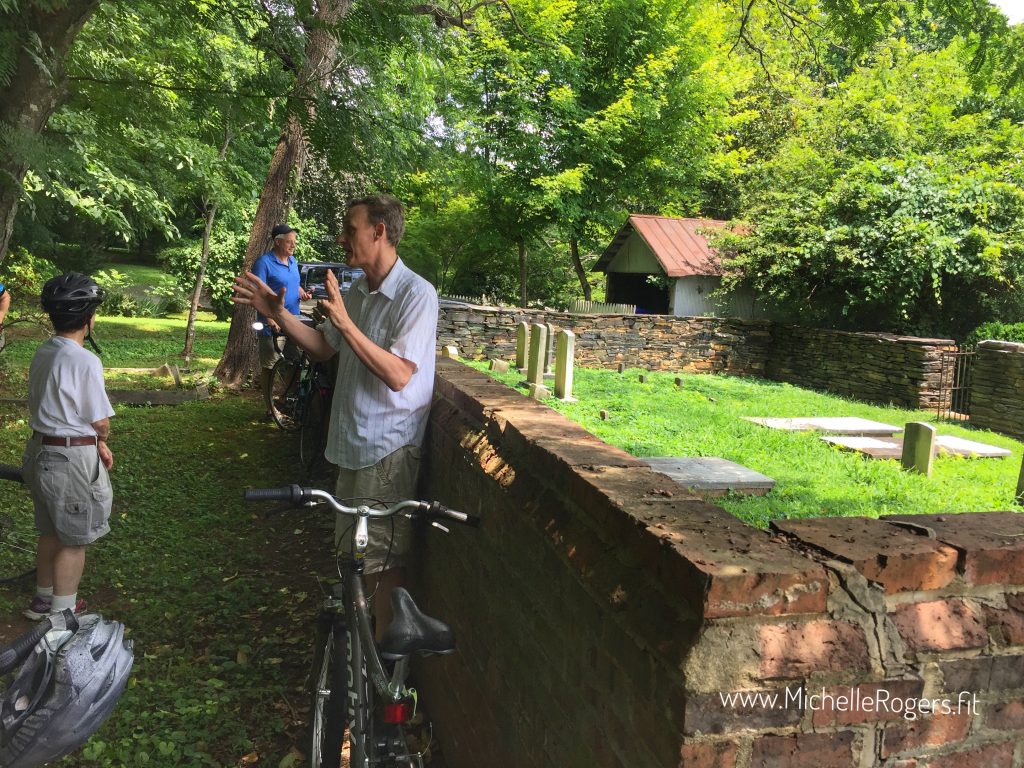 I really loved being able to combine my interests in history, tourism and exercise in a unique event like this. Hillsborough seems to have a knack for it: Check out my posts on the Geology Hike at Occoneechee Mountain, the Historic Occoneechee Speedway Trail, and the Halloween Ghost Tour for more awesome experiences. 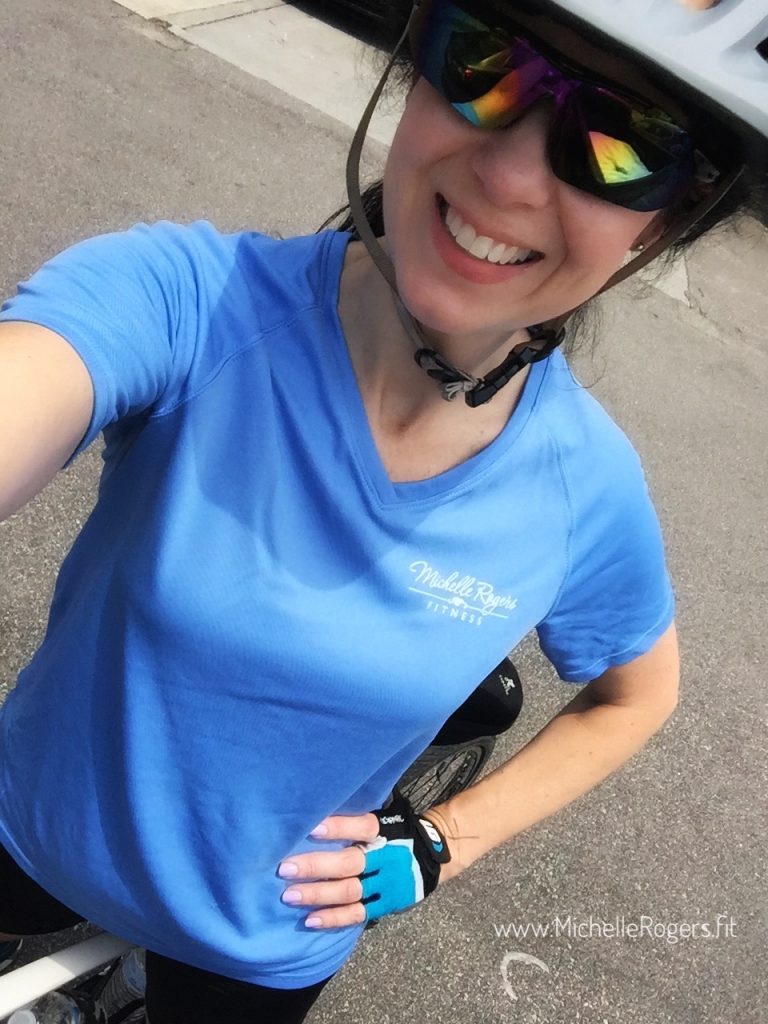 Interested in doing a tour like this? Dollar mentioned that he’s hoping to do another in the fall, around Halloween, so stay tuned.

Find out more about the Orange County Historical Museum and upcoming events on their website and Facebook page, and plan a visit to historic Hillsborough soon!

Welcome to my healthy living blog! My name is Michelle Rogers. I am a Certified Personal Trainer, a Certified Health Coach, a Certified Group Fitness Instructor, and a Senior Fitness Specialist. I … END_OF_DOCUMENT_TOKEN_TO_BE_REPLACED