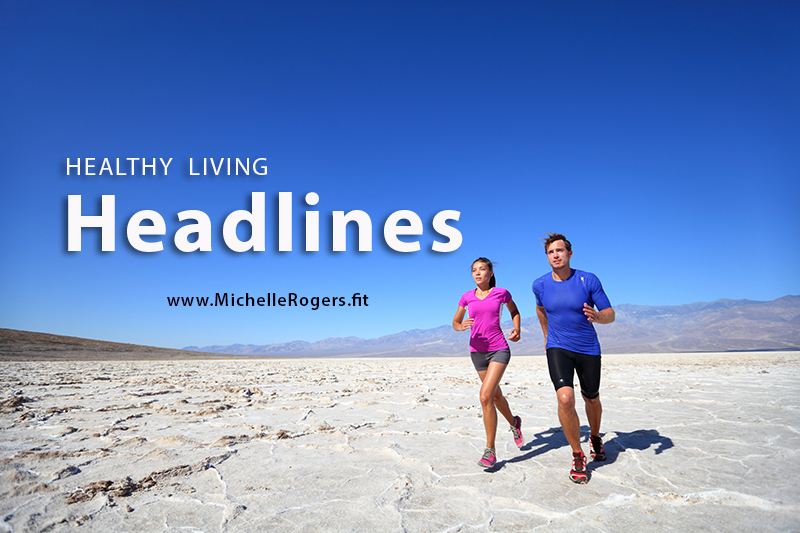 Healthy Living Headlines is a feature where I report on new research of interest.

The nation’s obesity epidemic continues to grow, led by an alarming increase among women. For the first time, more than 4 in 10 U.S. women are obese, according to new government health statistics.

Obesity rates for men and women in the U.S. had been roughly the same for about a decade. But in recent years, women have surged ahead and now just over 40 percent of women are obese, compared to 35 percent of men.

The percentages were reported by the Centers for Disease Control and Prevention, in two articles published online June 7 by the Journal of the American Medical Association. (AP)

Copper is key in burning fat

A research team led by a scientist at the Department of Energy’s Lawrence Berkeley National Laboratory (Berkeley Lab) and at the University of California, Berkeley, has found that copper plays a key role in metabolizing fat. The new findings, published in Nature Chemical Biology, establishes for the first time copper’s role in fat metabolism.

“We find that copper is essential for breaking down fat cells so that they can be used for energy,” said lead researcher Chris Chang. “It acts as a regulator. The more copper there is, the more the fat is broken down. We think it would be worthwhile to study whether a deficiency in this nutrient could be linked to obesity and obesity-related diseases.”

Chang said that copper could potentially play a role in restoring a natural way to burn fat. The nutrient is plentiful in foods such as oysters and other shellfish, leafy greens, mushrooms, seeds, nuts and beans. According to the Institute of Medicine, an adult’s estimated average dietary requirement for copper is about 700 micrograms per day.

“Copper is not something the body can make, so we need to get it through our diet,” said Chang. But he cautions against ingesting copper supplements as a result of these study results. Too much copper can lead to imbalances with other essential minerals, including zinc.

Rehydrating with soda on a hot day may worsen dehydration

Rats that drank fructose-glucose water after repeated heat-induced dehydration were more dehydrated and had worse kidney injury than rats that drank plain water or water with stevia. “Our studies raise serious concerns for the common practice, especially among adolescents and young adults, to drink soft drinks as a means to quench thirst following an episode of dehydration,” the authors wrote.

Welcome to my healthy living blog! My name is Michelle Rogers. I am a Certified Personal Trainer, a Certified Health Coach, a Certified Group Fitness Instructor, and a Senior Fitness Specialist. I … END_OF_DOCUMENT_TOKEN_TO_BE_REPLACED