You are here: Home / Diary / Week includes a parade and my first 5K! 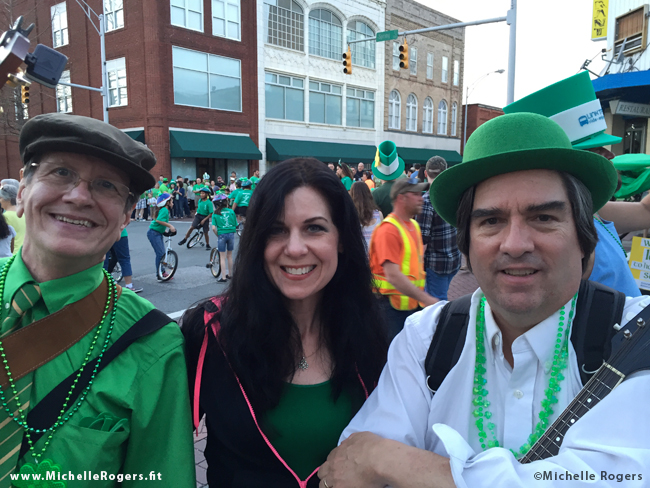 We enjoyed a beautiful week here in North Carolina, with highs in the 70s and 80s! It was a welcome reprieve from winter, and I was able to get out and ride my bike some.

Thursday was St. Patrick’s Day, and I wanted to go check out the town of Burlington’s first-ever St. Patty’s Day celebration, which was held in the early evening and included a fun parade.

By the weekend, the weather was back to seasonal. Saturday morning the temp was hovering 50 and threatening rain, but that didn’t stop me from coming out to support the Mebane Police Department and their 1st Annual Arrowhead 5K Run/Walk for Special Olympics. My first 5K!

I am a fast walker rather than a runner. Power walking was how I lost 60 pounds and turned my life around to a healthier one. Used to be I was doing 20 miles a week. But it’s been about nine months since I’ve had that routine, as I switched to road cycling and other workouts to give my feet a chance to heal from plantar fasciitis and some other issues.

However, the main reason I had never done a 5K or 10K was because it didn’t occur to me that you can walk them. Once I realized this, and that I didn’t have to wait until I was a “real” runner to participate, I knew I wanted to do it. The fact that the Police Department called this one a Run/Walk sealed the deal (thanks, guys!).

These days my feet and joints aren’t perfect but I’m doing much better, and am rocking some pricey new custom orthotics from the podiatrist. So I thought I’d give it a go, and start with this small hometown event that raises money for a great cause.

While I used to do four miles at a time at 4.0-4.5 mph with no problem, it’s been a while and I wasn’t sure what kind of time to expect now. Those workouts took an hour.

I decided to set a goal of completing it in 40 minutes. That would be the fastest I’d ever walked that distance.

When I got there, I was by myself and too shy to go up to the others. Everyone else seemed to be in groups, with a running partner, or had family with them. So I just kind of stood there feeling awkward until it started, and the minutes felt like an hour. I didn’t have a colorful tutu, or a cheering squad with me.

I asked one of the volunteers if the route was marked. They explained the route and said, “It’s pretty straightforward, you can just follow the others.” I said I was walking and would probably be far behind.

It seems that chubby, hopelessly un-athletic little girl, who was the last to be picked for the team in gym class, still resides in me at times.

Well. That girl may still be in there, BUT, here’s the thing: sometimes she forgets. She forgets that my body is strong now. My legs have power that can go for miles. I lift weights. And cardio is my new middle name.

Along the way, whenever I passed by one of the cops stationed along the route and they gave me a wave and a “good job,” I said with a big smile, “It’s my first one!!”

I may have walked that route, but I did it at a consistent pace averaging 12:58, hills and all, arms pumping the entire way, with no breaks or slowing down. Even passed a few runners who’d lost steam. And when the end came, I ran in — sprinting to the finish at 40:29. Yep, a PR!

At the finish line, there were other runners and their families who applauded everyone as they came in. That meant a lot to me. I wasn’t really alone.

I realize this was just a small town 5K and not the NYC Marathon, but it meant something to me. Sometimes our biggest accomplishments are the secret challenges we overcome deep within ourselves. 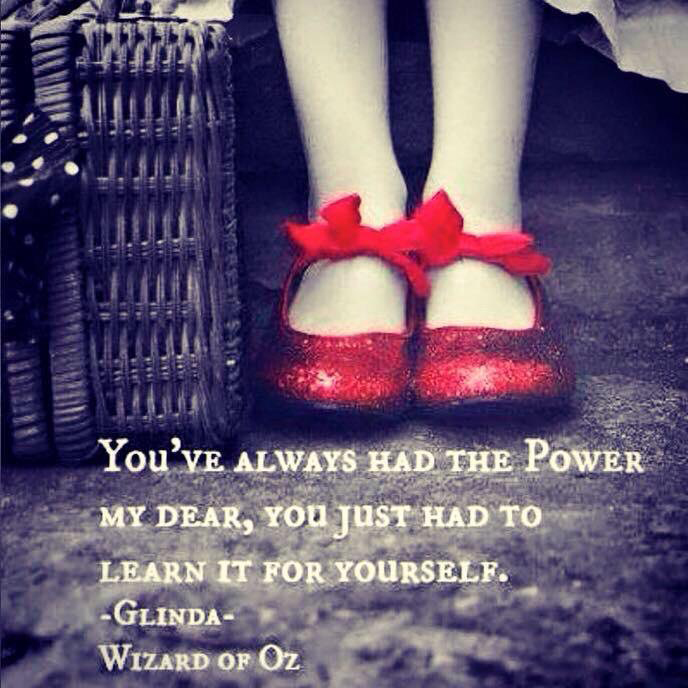 Welcome to my healthy living blog! My name is Michelle Rogers. I am a Certified Personal Trainer, a Certified Health Coach, a Certified Group Fitness Instructor, and a Senior Fitness Specialist. I … END_OF_DOCUMENT_TOKEN_TO_BE_REPLACED